Astronomer Johannes Kepler wanted to be a Minister !

Though most of us know the name Johannes Kepler as a great scientist of Physics and Astronomy, his childhood dream was to be a Minister! Besides, he was a famous astrologer and was paid for his astrological suggestions!

In the 17th century, Germany got an unusual talent named Johannes Kepler (1571-1630), mostly known as an astronomer, though he was also a mathematician, optician, telescope-maker, philosopher, and writer on music. His passion for astronomy grew at the age of six when his mother took him to see the Great Comet in 1577. Despite having some physical abilities like low vision and crippled hands in childhood, he did not stop learning and soon started showing great mathematical skills. Near the end of his studies, he intended to become a minister but finally accepted the offer to be a teacher. 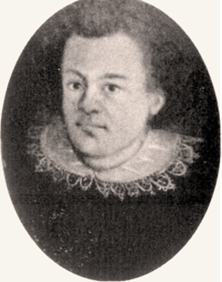 He started his career as an educator of mathematics and astronomy at the Protestant school in Austria, and later, he became the royal mathematician of Emperor Rudolf II. He published his first book on astronomy named ‘Mysterium Cosmographicum’ the next year he joined the school where he modernized the Copernican system. There he defended heliocentrism establishing the fact that in the universe, the sun is the only primary source of motive power.

Meanwhile, during his assistantship under well-known astronomer Tycho Brahe, he could deal with more accurate astronomical data using Tycho’s Observatory. There he came up with the revolutionary idea of the planetary pathway named orbit and the first two laws of planetary motion, which he published in the book ‘Astronomia nova.’ However, he articulated the third law of planetary motion in another book, ‘Harmonice Mundi.’ Finally, he established his own astronomical system in his book ‘Epitome of Copernican Astronomy.’ 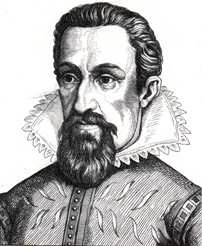 Keplar is quite famous for these laws of planetary motion because he was the first who could think beyond the popular circular-orbit system. He proposed that the planetary paths are elliptical, and now we certainly know that he was absolutely correct. Applying his theories, the movements and the positions of the planets can be measured more accurately than before.

Law 1: Law of Ellipses – The planets orbit the sun in an elliptical pathway.

Law 2: Law of Equal areas – A straight line connecting a planet and the sun passes through equal areas in the same duration of time.

Law 3: Harmonic Law – The square of the orbital period of a planet is directly proportional to the cube of its average distance from the sun.

This extraordinary talented scientist also worked as an astrologer. This is surprising because now we know that astrology is nothing scientific and is based on ancient assumptions and mythology. Sir Oliver Lodge, an English physicist, said regarding this issue that Kepler was paid for his astrological knowledge and suggestions, but he could sense the disdain for astrology. 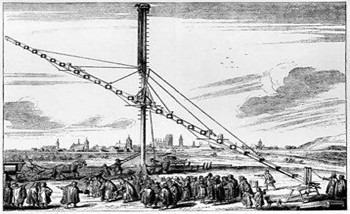 Figure 3: The 45 meter long telescope in the picture is ‘the Keplerian Telescope’.

Moreover, Kepler upgraded some features of the Galilean telescope based on his research on lenses. He used double convex lenses here, which could magnify the image higher than Galileo’s concave-convex lens. Later, in around 1673, after his death, ‘Keplerian Telescope’ was developed based on his design.

Books by and about Johannes Kepler

John Tiner is a well known mathematician and scientist for his books mostly. He was a religious Christian and later became a scientist just like Kepler. We know that the great astronomer Kepler always wanted to prove that God had created the universe. So Tiner could insight Kepler’s dedication as an astronomer and faith in his religion to what he tried to present in this book.

Max Casper was a mathematician who spent most of his life researching Kepler’s personal life and his work. In this book, the author presented a detailed study on Kepler’s public life and work.

You will find several more books on the biography of this great German mathematician and astronomer. You will discover how much he tried to find the relation between his religional insights and his scientific discoveries. Hope you will learn more about him beyond planetary theories.