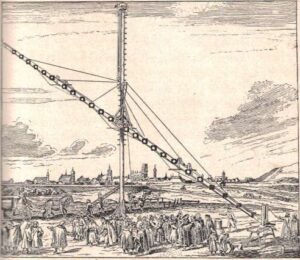 Fig 1: A giant telescope Christiaan Huygens made in the 17th Century

Christian Huygens, one of the greatest mathematicians of the 17th Century, was born in Holland in 1629. He grew a more profound understanding not only of mathematics but also of mechanical devices and kept an outstanding contribution in making telescopes. He designed some of the giant telescopes of the 17th Century. He also is the inventor of the pendulum clock.

As Huygens was a contemporary of Galileo, he was in touch with Galileo’s research. Whenever Galileo made his own telescope, Huygens heard about that immediately and showed interest in developing the design. Galileo’s telescope was a refracting telescope with some optical limitations named chromatic aberration. This phenomenon distorts the view of the object in the telescope. After much research and experimentation, Huygens found that this problem can be reduced by using lenses with longer focal lengths. Finally, using this concept, he built a telescope having a length of 120 feet.

Using his own telescope, he discovered some of the most spectacular things in the deep night sky. He discovered the rings of Saturn though he was not the first one to find them. Galileo first saw that there was something around Saturn, but of the chromatic aberration, he did not clearly understand what they were. Galileo explained that he saw Saturn as a tri-form planet having a large center section attached to each side with other side sections. He also described that those side sections were much more like the handles of a vase. But Huygens, with his improved giant telescope, could understand the rings of Saturn and published his discovery in 1656. 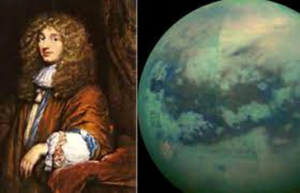 Huygens sketched Orion Nebula which was the first hand sketch of Orion. That is why the center of the nebula is named after him as the Huygens region. He also discovered Titan, which was the first moon of Saturn. He also found some other interstellar nebulae and double stars by his own telescope. In his telescope, there was no tube and only the air frame. Huygens named this type of telescope ‘tubeless’. However, his giant 120 feet long telescope was in fact difficult to use. Most of his discoveries were made with smaller telescopes which were around 40 feet long.

It was 1659 when he first saw a feature of the surface on another planet named Syrtis Major and a volcanic plain on Mars. He found that the length of Martial day is 24 ½ hours which is very close to the actual length of a day on planet Mars 24 hours 37 minutes.

Huygens was the first to undertake the task of establishing a planetarium that would lay out all the planets with their moons moving around the Sun.

Huygens was an extra-ordinary and devoted scientist who made a lot of contributions to astronomy and development of telescopes. He also had many other unpublished research works which were found after his death.a