China is well-known for its contribution in all fields from ancient times. In fact, we get some of the brilliant records in the history of ancient Chinese astronomy also. Chinese created their own distinct methods of keeping astronomical records and they were not changed from 1800 BCE onwards. According to the legends, China built sky observatories as long as 4000 years ago. Though sky observation started at the beginning of mankind, the Chinese are the first to make the science and art of it.

All cultures initially started plotting or charting the stars, where astrologers tried to find connections between the celestial bodies and the fortunes of people by pondering and interpreting omens and occurrences. They believed that the movement of the night sky objects has an effect on their daily life and they followed astrological suggestions in every aspect of life, like when to plant the seeds, when to build a house, when to get married. There were also royal astrologers in every kingdom who helped the king or emperors to take decisions according to the effects of the celestial events. Today, we know that astrology and astronomy are completely different, and celestial events do not affect any fortune. But we cannot deny that astronomy flourished with the hand of astrology initially. Because their belief made them observe the sky very carefully that finally result in great Chinese astronomers.

However, in the beginning, the Chinese made an expansive zodiac system aiming to help and guide the people. The Chinese version of the zodiac was known as the ‘Yellow Path’, which was basically a reference to the ecliptic traveling of the sun. The Chinese also had twelve different houses along this yellow path (12 months) despite having different names. They also made a lunar calendar having twelve lunar months. They found 365.25 days according to their calculations. They divided the sky into four quarters with seven mansions in each of them which makes 28 in total and they used them to locate the position of the moon in the chart given below. 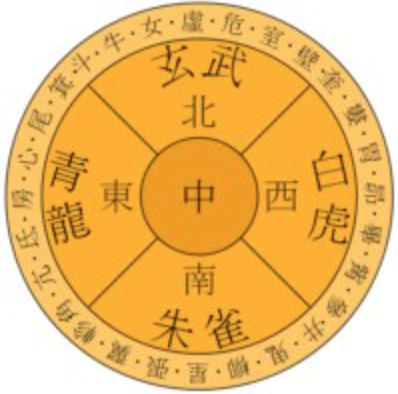 Fig 1: The chart with 28 mansions of the sky in Chinese Astronomy

They also had their own star maps with the arrangement of different constellations. The star map was first developed by Chinese scientist Su Song and was first published in 1092. 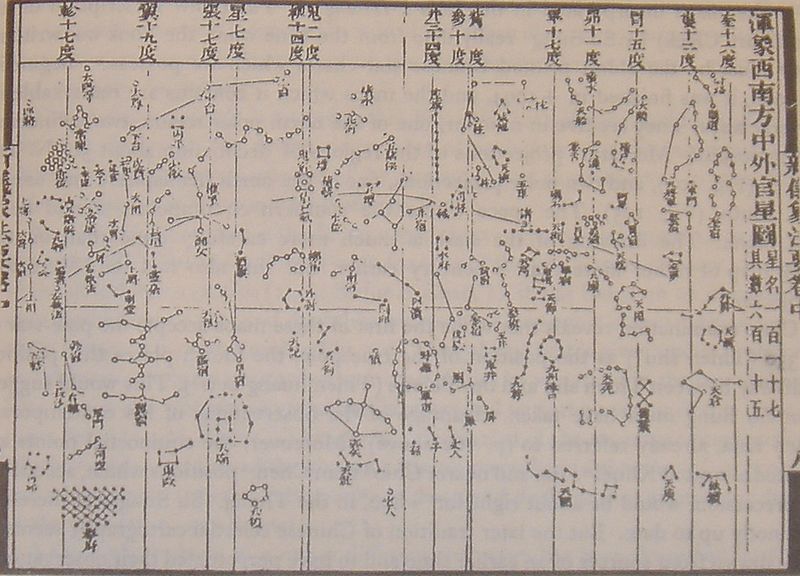 The Chinese also used different instruments to observe the sky which looked like telescopes a lot. These were known as ‘sighting tubes’ or only ‘tubes’ without any optics system. They helped a lot to block out the light around the observer and get finer views of the target objects. This allowed the viewers to concentrate more on a single object.

Observing the Changes in the Night Sky

Most general people think that sky is static throughout the years without any change happening there. But this is not the case. Every night there is a considerable amount of change in the sky due to the movement of the earth. And there are also some changes that occur a little bit in a hundred years or more. The Chinese were very enthusiastic to find the changes and record them. Below are some important observations they made.

Presently it is known to all that the sun has black spots on it. Ancient Chinese astronomers also observed these spots on the surface of the sun too. Though according to their prediction, the reason was the shadows caused by the birds. Now we know the main reason for this phenomenon is the absorption by different chemicals on the sun’s surface. They also could sense that it was quite dangerous to look directly toward the sun. So, they used pieces of translucent rock crystal or translucent jade while observing the sun.

Nowadays a kid also knows about this famous comet as this is the first comet the path and appearance of which were accurately predicted. According to the prediction of Halley, We can see Hailey’s Comet every 76 years. But the ancient Chinese were the first to notice this object and keep a note about it around 2,200 years ago. We saw this Halley’s comet last in 1986 and it will appear again in the year 2062.

Ancient Chinese sky observation has a huge contribution to modern astronomy. We owe a lot to their meticulous and amazing work.