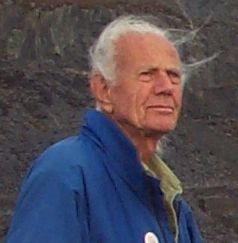 Astronomy has a very long history of amateurs who have contributed quite a lot. This goes all the way back to the very beginnings of it. Even to this day, in a time of enormously large telescopes and big budge projects like the Hubble the small amateur astronomer still contributes a lot to the field.

It is very common for a new comet, asteroid or other type of celestial object to be discovered by and named after an amateur.

It is all about the passion for amateur astronomers. And John Dobson epitomizes this passion.

He was all about two very important things, in my opinion. First off he was about spreading the love of astronomy to everybody. And he spent many years traveling the country and setting up his telescope on street corners so passers-by could look! And he was all about making it simple for people. No place else is this brilliantly shown than in his simple yet effective design for the telescope, aptly named after him “The Dobsonian”.

Thankyou John for all the wonderful things you have done in the realm of astronomy. Here are some links if you want to read more:

A couple of years ago I made the trek up to the yearly Stellafane telescope makers convention. And there was a wonderful telescope there that was home made by a guy. It was a dobsonian telescope. And it was actually signed by John Dobson himself.

I remember talking to the owner of the scope and I clearly remember how proud he was to show it to me. And I thank him for letting me take a couple of pictures of it. 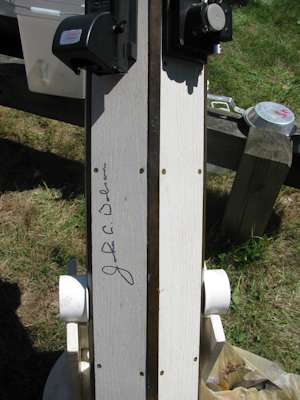